How to monitor call quality

With the VOIspeed switchboard it is possible to monitor the quality of calls.
In the Toolbox – Quality Report section there are calls that have had at least one anomalous event, not necessarily perceptible by the interlocutors.
The general quality of these calls can be analyzed based on the number of lost and / or delayed packets compared to the total number of packets “spent” during the conversation. Calls that have had no lost or delayed packets will not appear in the list. 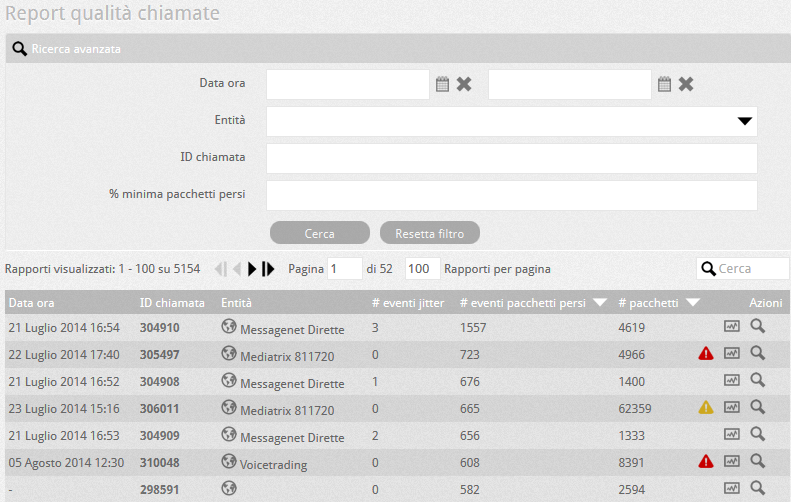 The parameters that are read in this report are:

By clicking on the button

relating to a call, you will be able to access the detailed trace of the conversation (if still present in the diagnostics, which we remember, it keeps the information on the calls for about 2 days).

Within the call path, the same information on quality is shown at the end of the conversation