How to reconfigure the DND button in Yealink phones for VOIspeed

The Do Not Disturb status of a user allows the user not to receive calls on all their terminals. When the PBX detects this user status, it will therefore avoid sending the call. Yealink telephones give the possibility to assign two codes for activating and deactivating the function to the DND system key. Just go to the Features – Forward & DND menu, shown below 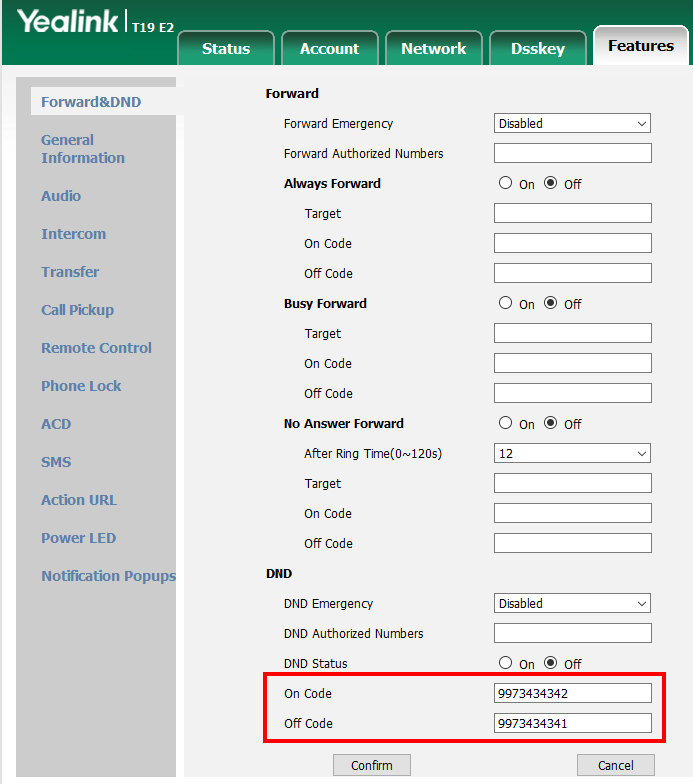 Pressing the DND button will also show a graphic warning at the top of the display to give the user a visual indication of the status if he is not using a graphical UI / GUI.